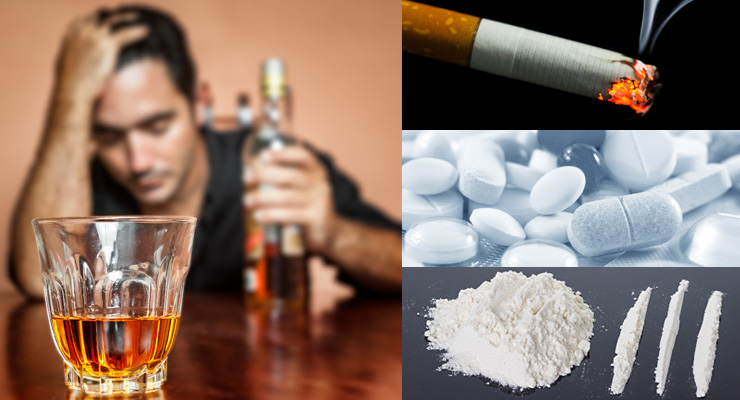 There are millions of people that repeatedly use recreational or prescription drugs and experience all sorts of problems in their lives but neglect to realize the constituent of their woes. Some of the effects of drug abuse not only harm the body and mind, they cause negative behavior patterns which will inhibit you from living well especially as you age. Life can already be very difficult enough as it is, there is no need to accentuate the issues that you will endure throughout it by repeatedly using alcohol or drugs. If you are one of the millions of people abusing substances, drugs or alcohol and the quality of your life has been less than favorable, than it’s time to consider a change and start bettering your life.

Change begins by understanding the problem that causes distress, in this case, the abuse of drugs or substances. The understanding of the effects of repeated drug use and burdens it could bring into ones life is an important first step in this learning process. The repeated use of a drug, chemical or substance will eventually harm you and effect others around you. The regular and repeated use of alcohol, cigarettes, pain medications, cocaine, marijuana, opioids or other chemical substances will lead to physical and psychological health problems as well as spark all kinds of social troubles in your life.

Without even mentioning the repercussions of physical dependence or psychological addiction which is very common, drug abuse effects the central nervous system in your brain, alters your mood, sensations, levels of awareness and your perceptions. Drug abuse changes the systems in the central nervous system to often resemble mental illnesses. This can happen in both an intoxicated state but also during withdrawal states. Some psychiatric disorders such as depression or psychosis can continue even long after the body has detoxified itself from cocaine or amphetamine abuse for example. There are many mental processes or reactions produced and involved in substance abuse which can be very complex, but the underlining overall theme is that prolonged use changes the brain in negative and long-lasting ways.

The social problems that drug abuse can actuate and bring into your life are also numerous. The continuous use of substances can lead to more car accidents, things as unprotected sex and diseases commonly to name a few, but also violence, domestic violence, assaults, rapes, child abuse, burglaries, homicides, suicides, death and much more. The distortion of brain chemistry from long term substance use are one of the reasons believed to cause all of these negative and harmful social and physiological outcomes. In addition, the changes in your brain that result from using drugs or chemical substances inhibit you from thinking clearly, exercising good judgement, controlling your behavior patterns, feeling well and living normal.

Below are some of the substances or drugs often abused and repercussions it could have on your life.

Alcohol consumption periodically and overtime can take a serious toll on your health and life especially if it’s kept unchecked. The abuse of alcohol can lead to serious health issues involving vital organs such as in your heart, brain, liver, pancreas and immune system. Alcohol affects your brain negatively by damaging the brain’s communication pathways and disrupting moods, behaviors and psychological processes. Drinking too much can damage the heart and actuate heart health issues such as high blood pressure, stretching and elongating of the heart muscle (Cardiomyopathy), can cause irregular heart beats (Arrhythmia) and even strokes. Drinking alcohol repeatedly over time can also take a serious toll on your pancreas and liver. It can create a variety of problems such as liver inflammation, Cirrhosis of the liver, swelling of blood vessels in the pancreas inhibiting proper digestion and producing toxic substances that will eventually kill you.

Many people who drink smoke cigarettes as well. Some say they go hand in hand. Cigarette use can harm nearly every organ in the body but especially the lungs which are essential for the breath of life. If you can’t breath then you can’t live. The negative effects of smoking account for hundreds of thousands of deaths yearly in the United States. The health effects of smoking can range from cardiovascular complications and heart diseases to respiratory problems and cancers throughout the body. The consequences of smoking and drinking far out weigh the immediate, temporary gratifications the both may bring.

One of the worst kinds of consequences evoked by drug abuse are the ones which aren’t perceived to be issues and usually fly under the radar. Prescription pain medication abuse is one of them which is often kept unchecked or not even realized by many individuals. The negative effects of pain medication addiction in a persons life range from obsessive behavior patterns to mood swings, changes in sleeping schedules and even the increase in use of other substances such as alcohol or cigarettes. A person abusing pain medication may not even be aware of the negative effects they are experiencing in their lives because of these pills, especially if used without the prescription of a physician.

Another drug that millions of people around the world use on a regular basis is cocaine. The negative health effects of repeated cocaine use are countless and have immense detrimental consequences. The drug is powerfully addictive and has long term negative effects on the user. Users of cocaine share many common adverse changes in the body ranging anywhere from increased heart rates and temperatures to constricted blood vessels, harmful blood pressures, loss of appetite and temporary states of psychosis with the use of the drug. The Cocaine side effects on a person are numerous but all often result in living a very bad quality of life and all possess potentially deadly results.

Even though the use of Marijuana has now become partially legal in the U.S. for medical use, it is still subject to abuse equivalently in the way that alcohol or cigarettes and other substances are abused. The active ingredient in Marijuana, called tetrahydrocannabinol (THC), produce negative physiological and psychological effects when abused or repeatedly used. Research shows that regular or heavy marijuana use cause poor mental and physical health problems in addition to societal issues in one’s daily life.

A great part of living your life entails experiencing all sorts of wonderful, magnificent things but also horrible or difficult situations may be part of it as well. Living life isn’t always easy and many times can seem very difficult and overwhelming especially when suffering or failures occur. Suffering is a natural occurrence in life that brings difficult matters with it. There is no need to make things worse in your life by abusing substances and adding to the problems that you already have. If you are one of the millions with detrimental behavior patterns, the ability to recognize, intervene and reduce or discontinue your substance abuse is pivotal in living well and bettering your life. 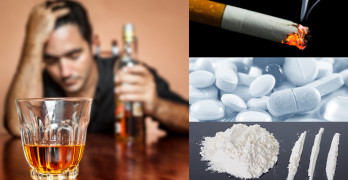